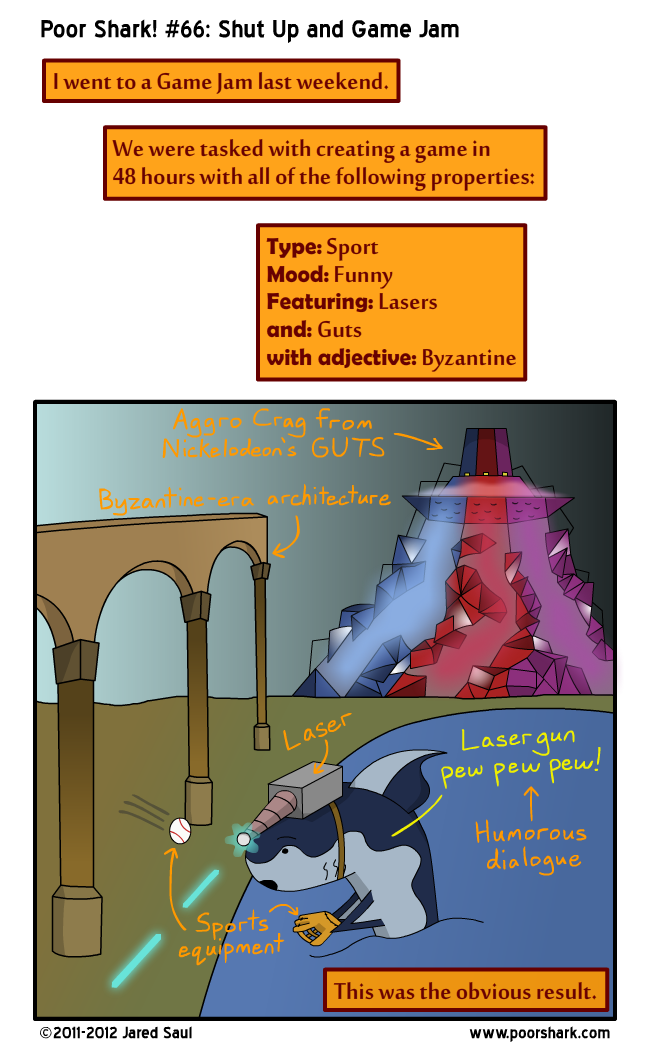 Just kidding.  3 of those 5 things were actually in the end result, though.  We ended up creating a game called LOLaser using a program called Game Maker, which is impressively easy to use but extremely difficult to collaborate in.  If you’re so inclined, you can download and play LOLaser by clicking on this link.  The controls are arrow keys or WASD to move, left-click to melee attack, and right-click to shoot your laser.  (The laser has a ~3% chance of firing a mega laser.)

And if you’re wondering who’s making a fool of himself doing all of the sound effects by voice, that would be me.  Save for the two obvious clips from the internet, the two deeper “pew” sounds, and the attacking bird noises, all of the rest of the sounds were me making weird noises into my iPhone.

(Let the record show that I don’t actually know what sound camels make.)