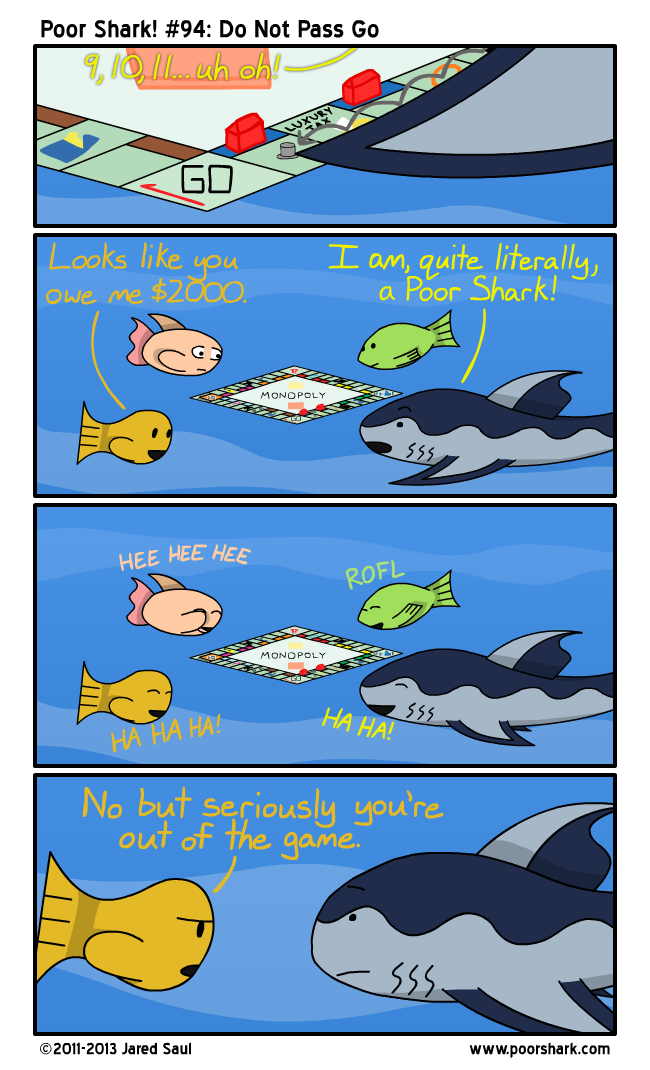 I’ve been playing a lot of Monopoly with my friends on Pogo lately, and that may or may not have inspired today’s comic.

The “I am, quite literally, a Poor Shark!” line was thought up since before the comic began, and I was going to use it as the default ad box banner if I ever put a Project Wonderful ad up at the top of the page.  (I got accepted into their program but I ended up deciding against putting an ad box up anyway.  Oh well?)