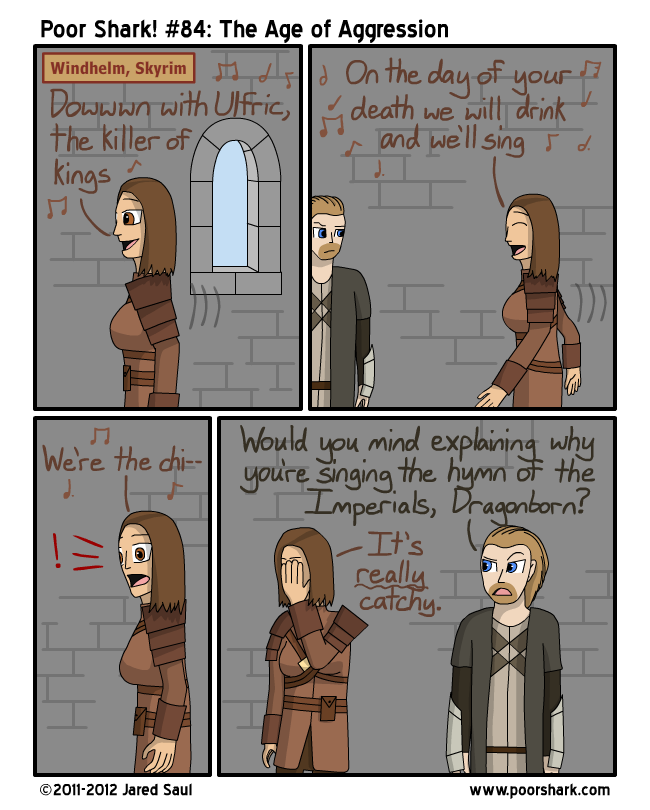 [Sven] We’re the children of Skyrim, and we fight all our lives.  And when Sovngarde beckons, every one of us dies!

I think this is the last of my Skyrim True Stories(TM).  Playing through the Civil War campaign (on behalf of the Stormcloaks) was about the last thing I did, so by that time I had heard The Age of Aggression played a lot.  Of all the ones the characters actually sing, it was easily my favorite and it got stuck in my head all the time.  I was literally playing the Civil War quests, slaying dozens of Imperial Soldiers in the name of Ulfric Stormcloak, while sitting on the couch singing this song that’s basically calling for his death.  It took me two or three quests to realize that was really awkward.  (But I kept doing it anyway.)