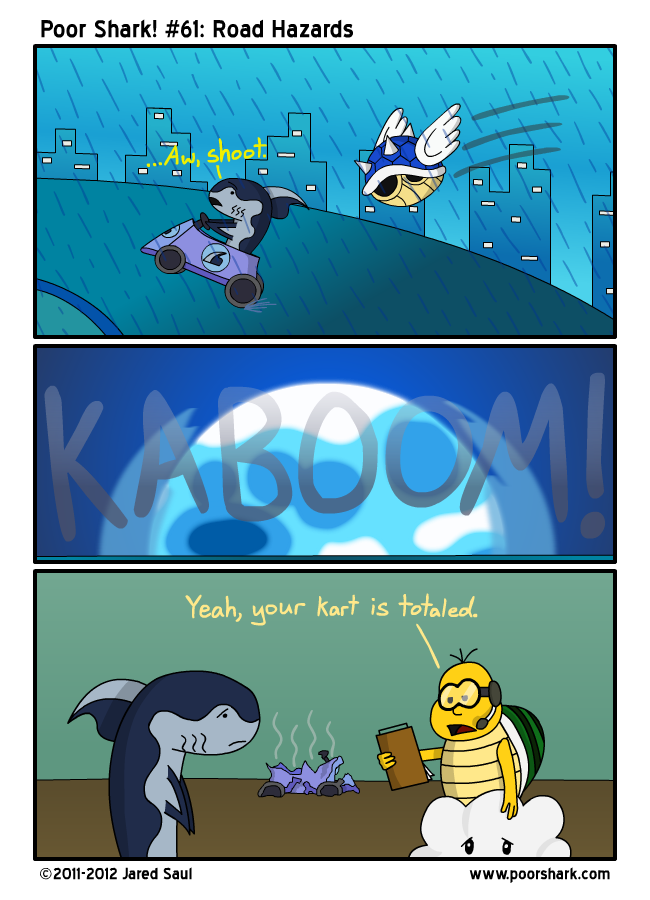 [Cole MacGrath] Do they just sit around all day, dreaming about blowing stuff up?

I got rear-ended on the highway a couple of weeks ago and it totaled my car.  Really sucks!  By comparison, the Mario Kart karts must be made out of the strongest stuff ever.

I finally got the chance recently to play inFamous 2.  It was really good–though so was the first game, so I guess that was to be expected.  Jeez, though, the voice actress that plays Nix also voices Smellerbee from Avatar and Pandora from Kid Icarus: Uprising, just to name a few.  None of those characters sound anything alike!  That seems to be the trait of a really good voice actor.

Also on that subject, I was surprised when I learned that Pit and Dark Pit in Kid Icarus: Uprising are voiced by the same person.  Which…makes complete sense, actually, but both of them sound completely different, too!