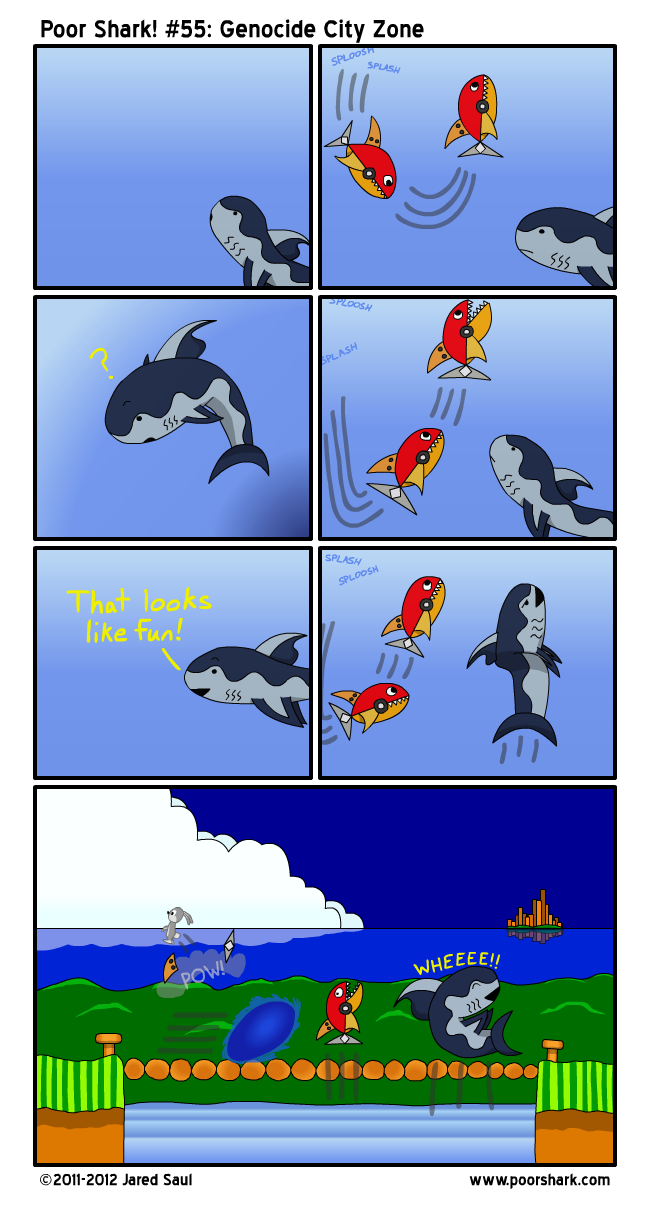 [Sonic] Just leave it to me!  I’m the world’s fastest hedgehog! [Eggman] Then, let’s get to work!

If you grew up playing Sonic 2 like I did, that fish probably gave you more trouble than you’d ever want to admit.

Haha, I changed my mind and switched back to Flash for this one.  Doing those two comics in Photoshop completely eradicated my comic buffer.  And the more I used it, the more I noticed both programs have big pros and cons…so I’ll probably switch back and forth depending on the comic in the future.  That’d be nice practice.

So while I was doing research for this comic, I stumbled across the fact that Sonic 2 had a beta version with a bunch of levels that never made it to the final game!  I know it’s an expected thing for that to happen in game development but it kind of took me by surprise regardless.  There are YouTube videos featuring them all (some of the levels were nearly complete, even.)  But the most awesome thing I learned is that what we know as Chemical Plant Zone was once the final level, Death Egg (which in the final version of the came is just the final boss and nothing more.)  Watching someone plow through it with outer space in the background, it suddenly made sense why there were so many transporter vacuum tubes in the level.  Those things are practically staples of Sonic space zones!