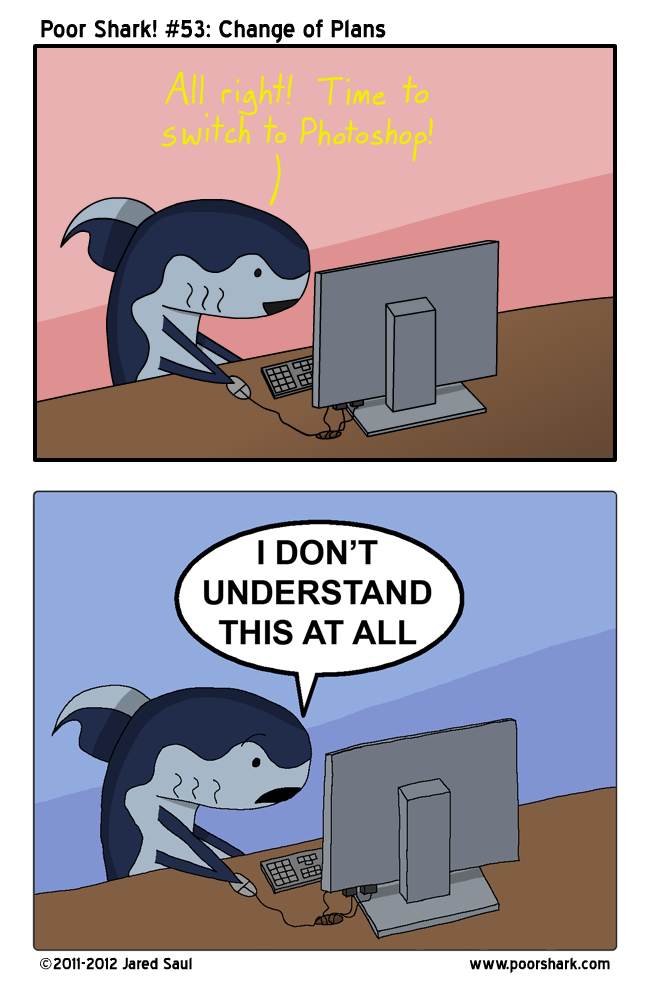 Thanks for all the well-wishes from everyone on Poor Shark’s 1-year anniversary!  I’m glad to hear you guys are enjoying the comic. =)

So I bought Photoshop a few weeks ago with the intention of switching to it from Flash.  In the long run I’m sure it’s an excellent idea and practically the standard of webcomics these days.  Flash is great but it also does a bunch of things that annoy me, simply because it was made for animating, not quite for still drawings.  I knew Photoshop had a steep learning curve, but seeing as they’re both Adobe products, I expected the keyboard shortcut keys to be the same, at least.  (Nope!)  So I thought “Okay, I’ll just test this out” and played around for a while, and it was pretty neat.  Then the next day when it came time to actually start on the comic, Photoshop randomly decided to stop recognizing my video card.  I eventually got that figured out too, and then got a virus somehow?  Long story short it hasn’t been a good week for my computer, heh.

I’ll be experimenting with Photoshop a bit to see how I want to do things from here on out.  The times they are-a-changin’!