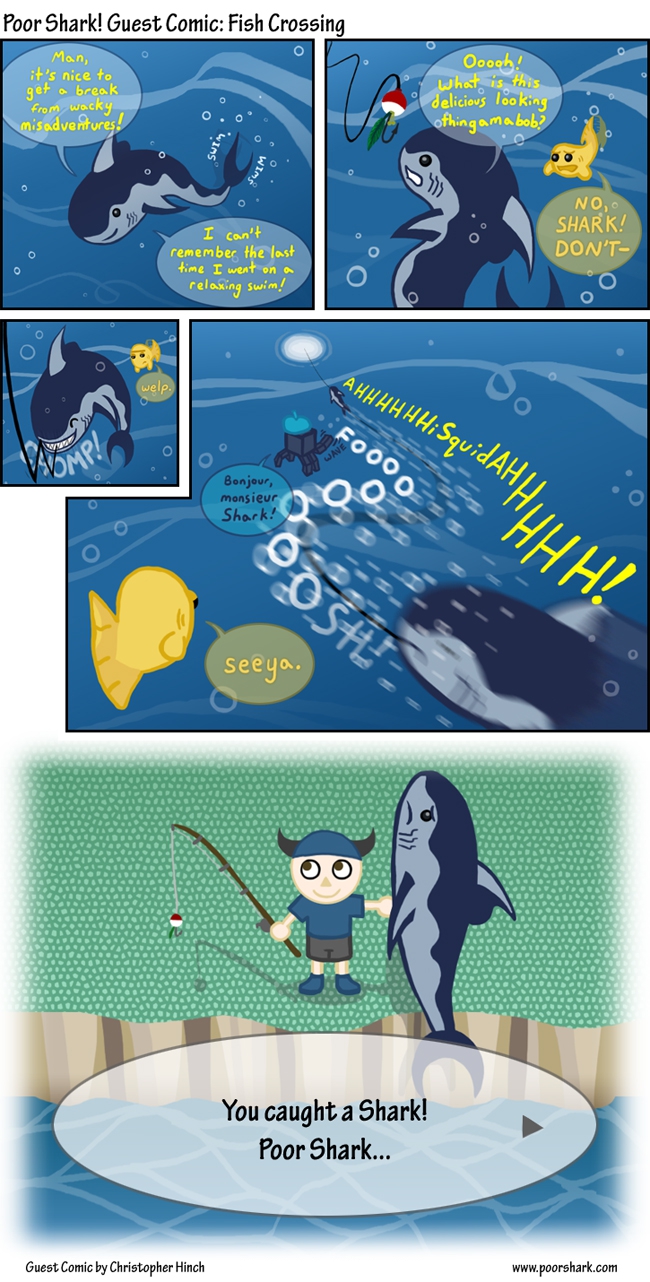 [Paolo] Remember, pal, money doesn’t grow on trees…except for when it does.

This week marks the 1-year anniversary of Poor Shark, and I’ve brought two surprises to celebrate it with!  The first one, as you can see, is a guest comic made by my good (and very talented) friend, Christopher Hinch.  Some of you have asked me who the dude is with the awesome frog avatar…well, this is that guy!  He’s been very supportive of the comic from the outset, and I really appreciate it.  Chris is currently doing his own choose-your-own-adventure comic thing entitled Final Hour, and it’s pretty awesome.

And speaking of choose-your-own-adventure comics, my second surprise is the final return of The Adventures of Jimmy!  I created TAoJ in April 2009 (six days after Homestuck began), because I wanted to do something similar but entirely my own creation.  TAoJ ran entirely on reader-suggested actions from my friends, which often led to nonsensical yet hilarious results.  It lasted for 500 pictures and well over a year, and I’m happy to say the entire adventure is now permanently archived on this site!  You can read it by clicking this link.

Thanks to everyone that’s enjoyed Shark’s misadventures over the past year–it’s my hope (and belief) that year two will fare even better.  Regular comics resume next week!