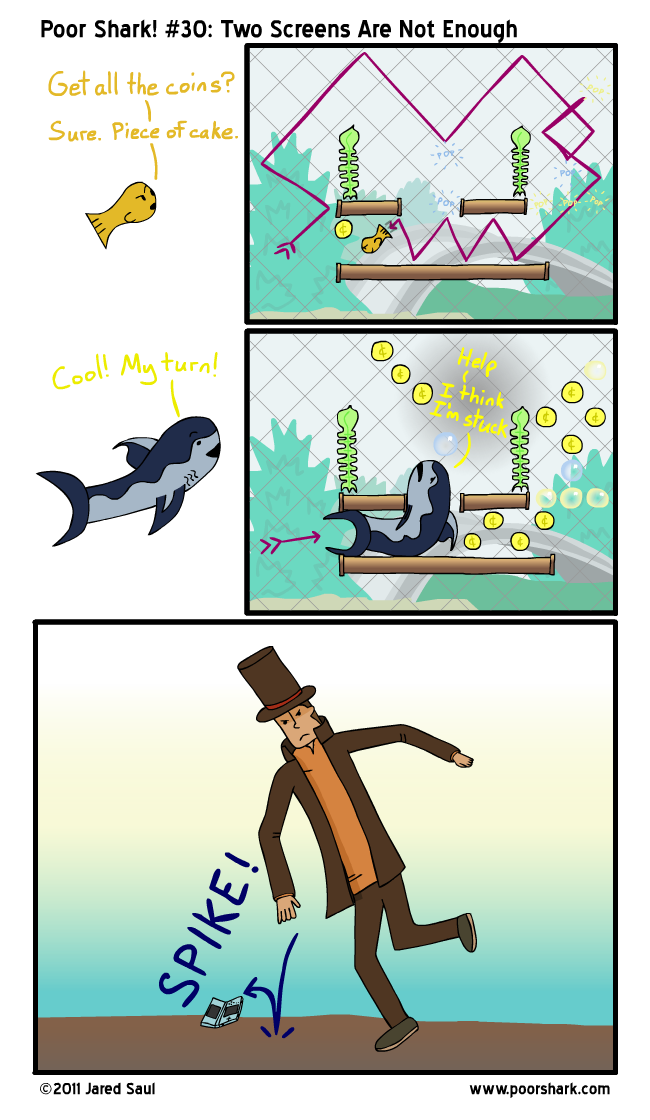 [Prime] Does anyone else find it as disturbing as I do that Random Trivia is actually proving useful?

I was really close to finishing this comic when out of the blue I decided to read the entire archive of Comedity all over again.  …I’ve really got to stop doing stuff like that.

I haven’t actually beaten Professor Layton and the Last Specter yet, but so far it’s predictably all that I’ve come to expect from Layton games.  I’m really interested to see how they wrap up the characters’ stories, because obviously somewhere in the three years between Last Specter and Curious Village, Luke joins up and Emmy leaves.  I’d say I would expect it all to be resolved at the end of this game, but then again, it took three games to figure out why Don Paolo is Layton’s nemesis, so who knows.