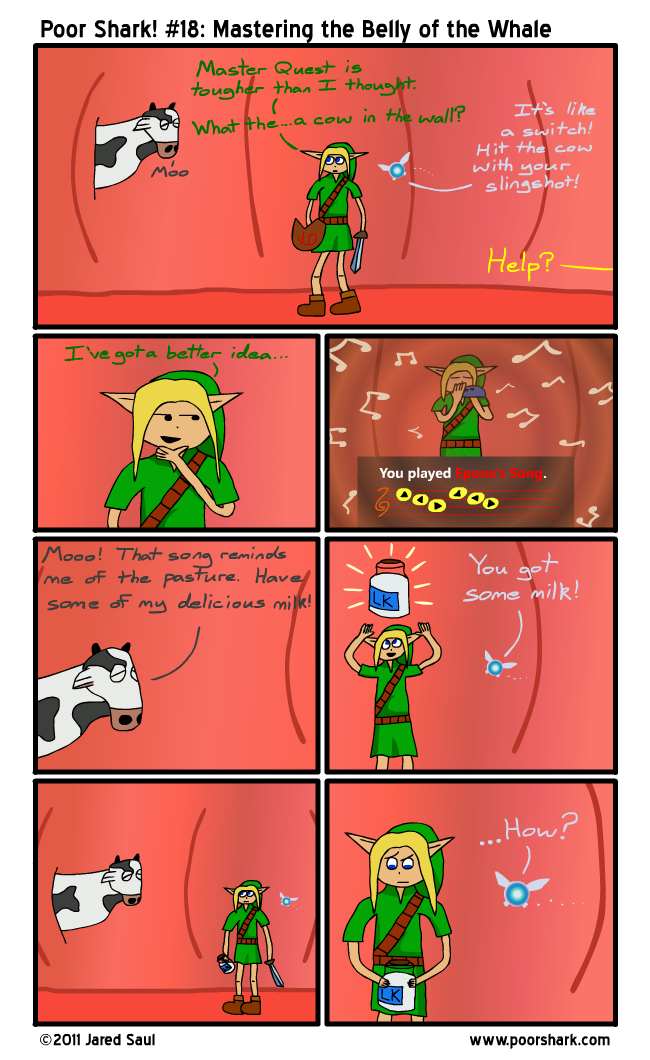 018 – Mastering the Belly of the Whale

When posting comic #15, I originally wrote up the (true) story of how I played Epona’s Song for the cows stuck inside Jabu-Jabu during Master Quest, which gives you milk, even though all you can see is their heads.  Then I realized that instead of writing about it, I could make a comic about it instead.  Voilà!

I also recently got a brand new monitor so I could have a dual-monitor setup at home, but neglected to realize that my tablet’s drawing area would expand across both screens and totally throw any aspect ratio I had out the window, which is why the dialogue looks flat.  I was actually rather sick while drawing the comic so I just sort of put up with it, but later I found where the option to assign the tablet to a single screen was, so next week’s comic won’t have this problem.