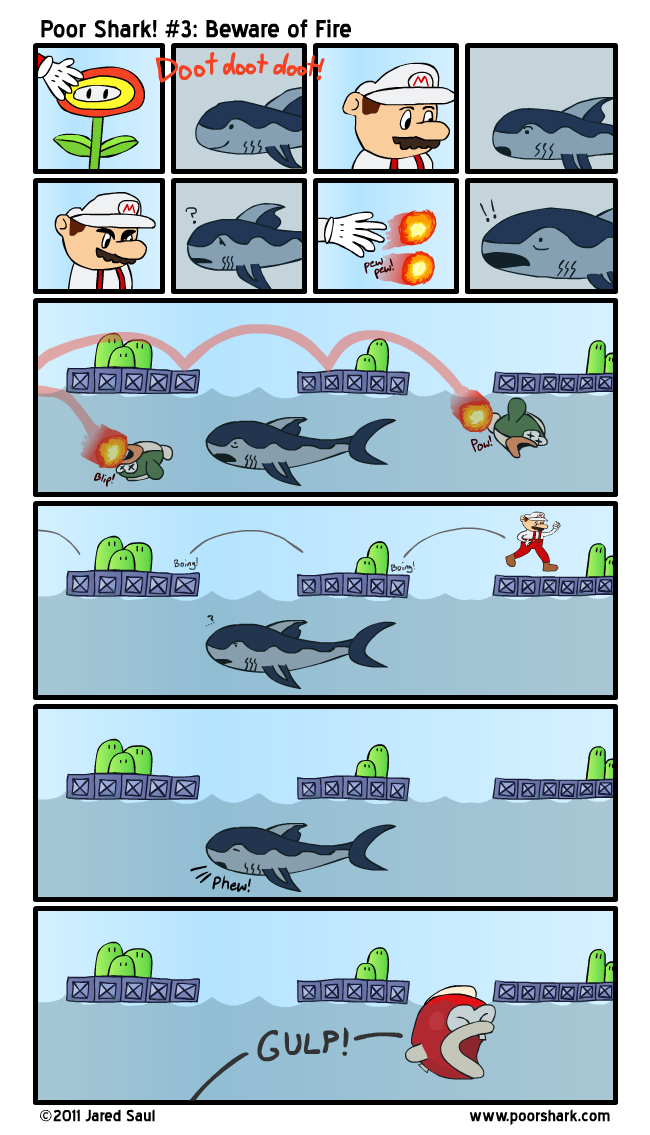 [Anya] Can we try to stick to ONE train from now on?

Out of the three comics so far, I like this one the best.  Anyone who has played Super Mario Bros. 3 probably has fond (read: angry) memories of the fish that eats you in one gulp if you’re anywhere near the water.  Apparently its name is “Boss Bass”.  I just call it that one big annoying fish.

So the first comic was done in Adobe Illustrator, the second in Adobe Flash, and the third also in Adobe Flash but entirely hand-drawn.  Despite the downside that I don’t actually know how to draw very well, this looks to be the method I’ll probably be sticking with.  So that’s interesting.

And the PlayStation Store still isn’t back yet, bleh!