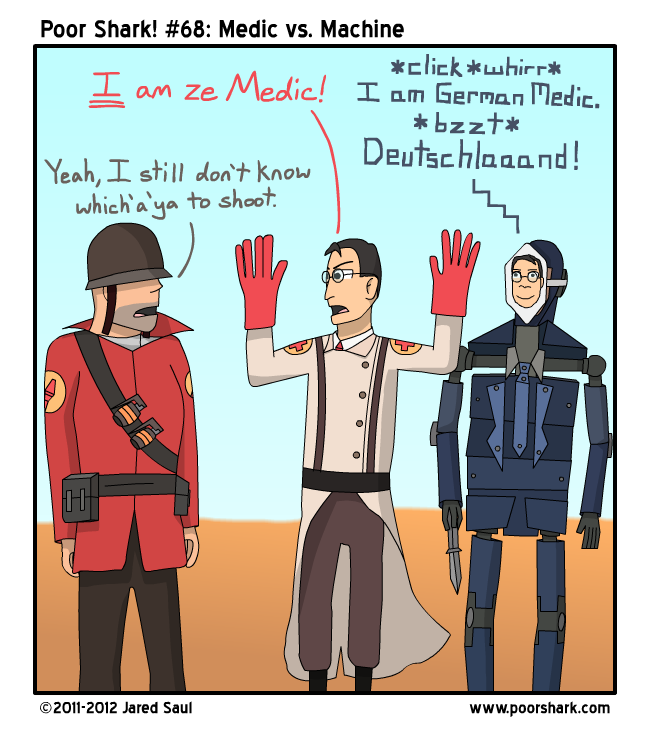 [Medic] Can you feel ze Schadenfreude?

I played a few rounds of Team Fortress 2′s new Mann vs. Machine mode a week or so ago.  Not so much lately and only the first few missions because I’m too busy trying to platinum Final Fantasy XIII-2, but it’s still a thing I did.  It’s pretty fun if you grab the right friends, but it’s definitely very different than everything else TF2 has been up to this point.  I get that through whatever sorcery, an enemy Spy has always been able to disguise himself as a member of your own team then stab you in the back when you’re not paying attention–but come on, these guys are robots!  One would think your powers of perception would be better with these guys running around than actual people.